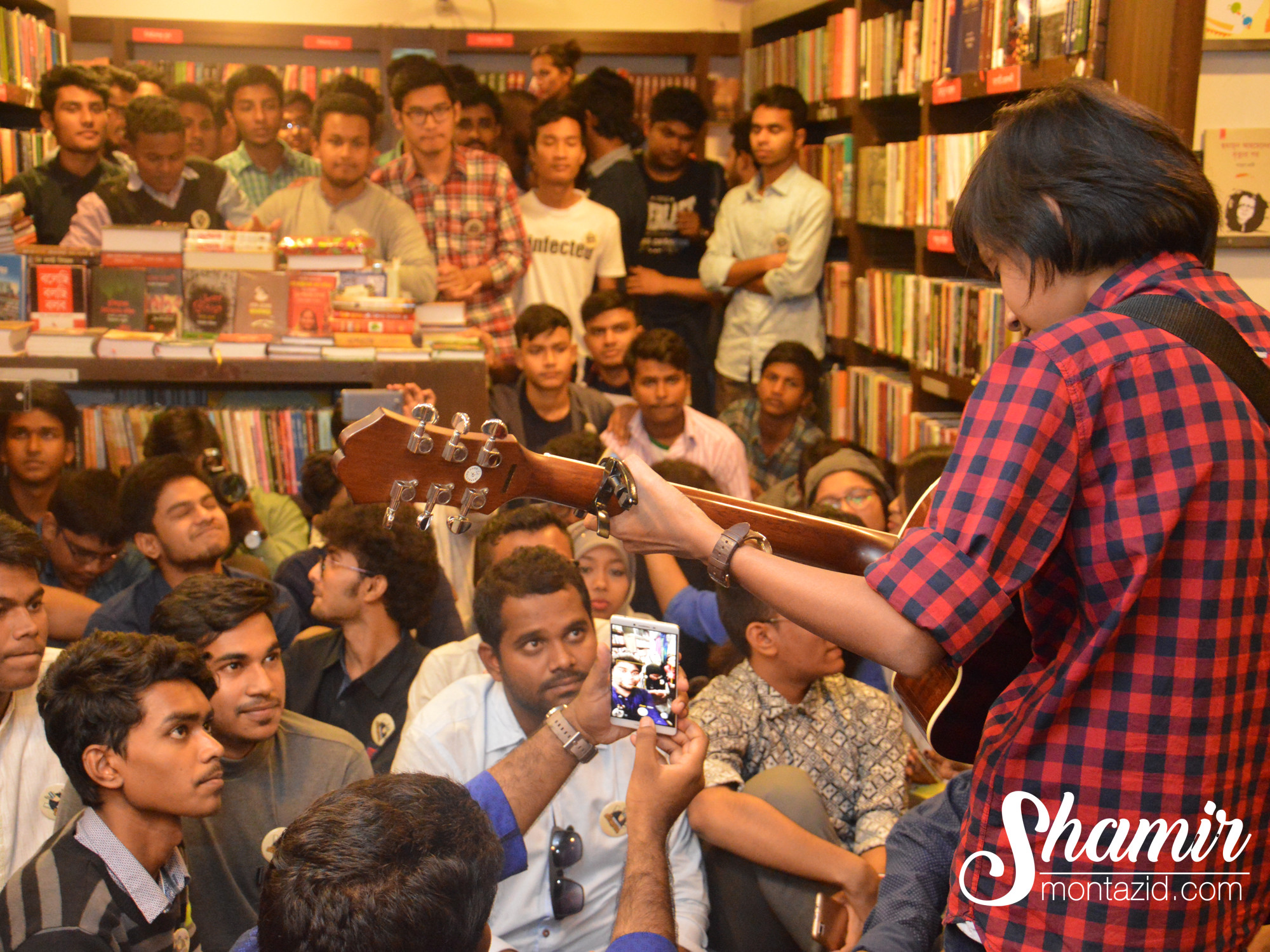 You are NOT Average


If we look through the eyes of every typical Bangladeshi parent, here is how the definition of their children’s success will look like —  They want their kids to get golden GPA 5.00 in JSC, SSC, HSC and what not? They dream of sending them to BUET/Medical/Dhaka University. Their infants always remain infants even in their university days. Getting CGPA-3.50 is a mandatory minimum during their 4 years of under graduation.  They will never allow the child to date someone and they will marry him/her off inviting 500 people whom the kid has never met in his/her life. They will decide when the kid should take his/her first child i.e. their grandchild. More importantly, they never allow their kids to grow up!

Is there something wrong with that?

My answer is YES! We always do things that we should, not the ones we love. All through our lives, we are letting other people take our important life decisions. And when we have sixty candles on our birthday cake, we blame our parents saying that they never let us pursue our dreams. Let me be honest. It’s not entirely our parent’s fault.

All of us want to be the 'Special One'. Yet most of us are fighting to be average. If you disagree, let me show it to you.

You are a student. Majority of the students attend their classes, get average grades in the exam, land a moderate job and lead a financially sound life. If you do nothing different from this, you are an “average” educated person.

Philosophically, there is nothing wrong with leading an average life. Biologically, the goal of every animal life is to reproduce. But, immortality lies in being the weird one. Steve Jobs, the co-founder of Apple Inc, attended one of the finest colleges in the USA. Yet he dropped out to attend calligraphy classes and started a business in his mom’s garage. Today, that business is the most successful company in this world. The name “Steve Jobs” means innovation. Bill Gates, the richest person on planet earth, dropped out of Harvard University to kick-start a software company that has produced the most successful computer operating system- Windows. Funny thing is neither Gates nor Jobs earned a college degree. I assure you, their parents were not happy about it. But, they managed to break the circle of mediocre dreams and aspired high. So, can you!

(DISCLAIMER: most college drop-outs have died poorly. So, don't think only dropping out of your college will make you a Jobs or a Gates.)

I came from a poverty-stricken middle-class family. My dad died before I was born. My mother raised my brother and I fighting through financial crises. All we have ever wanted is just to get a job and earn money! But, everything changed when I stepped into room 231 of Notre Dame College on 5 July 2009. On the first day, when everyone was trying to figure out their class routines and textbook list, I was wondering from stalls to stalls trying to decide which club to join. Finally, Notre Dame Debating Club (NDDC) became my home.

In my school days, I used to be a very shy kid. I could never gather the courage to reply to a question even if I knew the answer. Once I hid in the washroom of a coaching center so that I don’t have to talk to the girl I have had a crush on. Yes, I was that awkward! Then how did I decide to become a debater?

“Face your fear” — this is the common mantra that astronauts follow to overcome their nightmares. If they are afraid of height, they jump from a helicopter. If they are afraid of sharks, they get into a pool full of sharks. Well, I was afraid of the stage. So, I decided to be on it. During my two years of NDC life, I appeared on the podium so many times that nowadays I can’t stop talking! But, to be honest, it was not easy.

On my first fun-debate in club day, I had a great script in mind. But, when I faced the huge crowd waiting to be entertained by my speech, my nerve broke down! I was trembling in fear, my hands were shaking like a Parkinson’s patient. Yet I did not give up debating. I tried and tried. I could not win a single trophy in my entire debating career. Still, I managed to earn the best thing from NDDC — the art of speech and logic. The eloquence that I had achieved during those days helped me become an online teacher later in my university life. So, never try to measure success by the number of trophies. Focus on the journey.

Notre Dame forces its students to attend all the lectures. But, I was always the outgoing one, the one who never likes to play by the rule. On account of arranging national competition, I did not attend a single class in the entire month of October 2010. You must be thinking that the college authority was very disappointed with me. Well, you are wrong. They gave me the “Honorable Mention” award for my excellence in both curricular and co-curricular activities. Always remember to break the rules if you think those are slowing you down.

When I graduated from Notre Dame College, I was a transformed human being. By transformed, I mean courageous. This is being reflected through all the crucial moments of my life. In 2011, I managed to place 41st position in both BUET and Medical entrance exams. That’s the dream, right? For most people, that IS the dream. But, I had something quite different in my mind. In my NDC days, I used to participate in biochemistry olympiads with my nerd buddies. That experience planted a seed in my mind which grew to convince me to choose Genetic Engineering at the University of Dhaka as my undergrad destination. So, I let the opportunity of joining BUET and DMC go. Yah! My mother was angry! Still, I did it not because it was easy. But because it was my dream. In 2016, I graduated from the University of Dhaka becoming the valedictorian of my class. All because of those biochemistry olympiad days during my Notre Damian life. Thus my extra curricular activities have shaped me as a person.

During my university days, I met a guy from Institute of Business Administration (IBA) in the tea stall near science library. He convinced me to start an organization with him called the 10 Minute School which has currently become the largest online education platform of Bangladesh. That guy from IBA is Ayman Sadiq, the youth icon of this nation. He had the option to join a multinational company for 100k salary. Still, he decided to be a school teacher because he loves it. And, I, the awkward kid from school, have already created 381 YouTube tutorials that have been viewed by millions. That's why probably Robert Frost said:

I understand that your parents want you to be a doctor or an engineer. But, I assure you, all they really want is you to be happy. And you can only be happy by doing the thing you love. No one loves to study all day. So, please do not waste your precious student life only in the classroom and the laboratory. Join clubs, find your voice, have coffee with complete strangers, and spend a night outside your home/dorm. Believe me, when you will be looking back to your student life, these are the only moments that will seem precious to you. Grades won’t.

Remember, whatever most people are trying to do is most likely the average choice. Dream Big. You are not average…